How To Play Tetherball [Rules & Instructions]

Who can forget the Tetherball? Well, most of the millennial kids of today have probably never seen a real Tetherball game at a school, except if they’ve watched “Napolean Dynamite”. The equipment was deemed “dangerous” by most schools and either removed or never installed. Hum?

The game was played mainly by boys when I was growing up in the ’70s. It could be a very brutal game, especially if you were trying to hit your opponent just because you could. It was a competitive game. But there was always that kid that won every game, so you generally didn’t even play until he left the court. Some kids were naturally born players. There are some informal leagues but for the most part, it’s a game played in your backyard.

I do remember some girls in my school actually doing very well playing the game and were just as competitive as boys, so there! But for the most part, girls liked to play four square or kickball instead.
The game is almost 100% played outdoors, usually in playgrounds and parks. Now, people are installing courts in their own backyards because you can’t play this great game much anymore on public grounds.

Tetherball is an amazing game from your past but it can be really fun even today. Tetherball was invented around 1875 and has been played continuously since that date. It’s still played in some backyards and even some schools of today. The game didn’t become really popular until around the early 1900s. After that, public schools needing equipment to keep the children happy during recess began to install at least one to two tetherball courts on every elementary school playground.

You don’t generally see Tetherball equipment on school grounds any longer. The playground equipment of today is generally soft and plastic to avoid injuries. The Tetherball of today and yesterday were pretty safe with the exception that if you swing at the pole by accident, you can get a serious arm or hand injury. You might also get hit in the face and that could hurt but it was a relatively safe game to play on any playground.

Generally, to play Tetherball, you need a pole set deeply in the ground and held by concrete, with a ball and string attached at the top. That’s really it. You might find some variations in the size of the ball or type of string but it’s a typical setup. You might also see Tetherball equipment attached at the bottom by a rubber tire also set in concrete, like in the Napolean Dynamite movie, for mobility reasons.

The ball resembles a volleyball ball but now it’s made out of softer materials so that you can minimize player injuries. The string is usually made from nylon and is attached firmly to the ball itself. 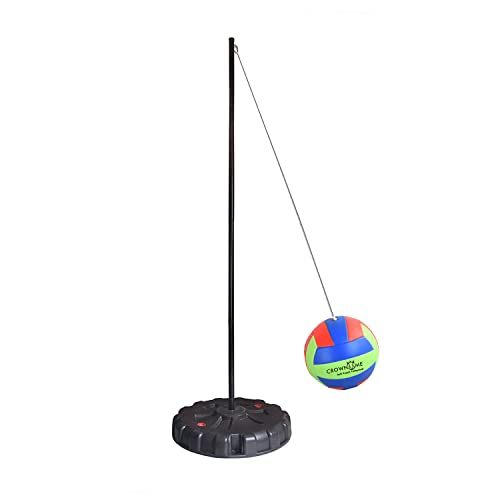 CROWN ME Portable Water-Base Tetherball Set with Glow in Dark Tetherball, Pole, Rope and Base for Outdoor, Backyard and Family Fun Play
$139.99
Buy on Amazon

To set up Tetherball, the two players will decide who will begin serving first. You can either draw straws or flip a coin.

Once you’ve decided who goes first, you will need to decide which position of the gameplay area goes to which player. Half the area belongs to one player and the other half belongs to the other player. Choose an area.

How To Play Tetherball

Although you can technically play tetherball by yourself for practice, the game is played with two competitors on the opposite side of each other. Each player has to make the ball go in the opposite direction of the other player and wrap the ball and string around the pole first. It can be a back and forth volley like in tennis.

If you’re serving the ball, you hit the ball with either a balled-up fist or with the flat of your hand and try to make it over the head of your competitor and then continue to hit the ball as it comes back around. You’re in effect trying to gain more momentum as the ball comes back around by hitting the ball as it makes its way around the pole. The goal is to wrap the ball and string around the pole until it can’t go forward any longer. The goal of your opponent is to stop this from occurring. Simple!

The first player to wrap the ball and string around the pole going in that player’s direction wins the game. 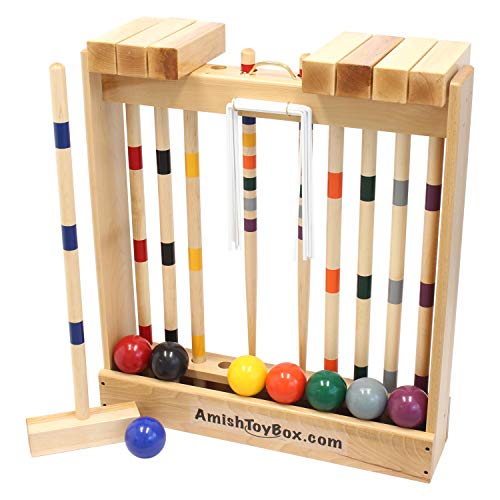